Inspired by the great Chinese tea-houses of the world, Pu’er is situated in the trendy inner city suburb of Waterloo, offering patrons with unique dim sum and share dish menu, complimented by a large variety of Oriental tea and tea infused beverages. 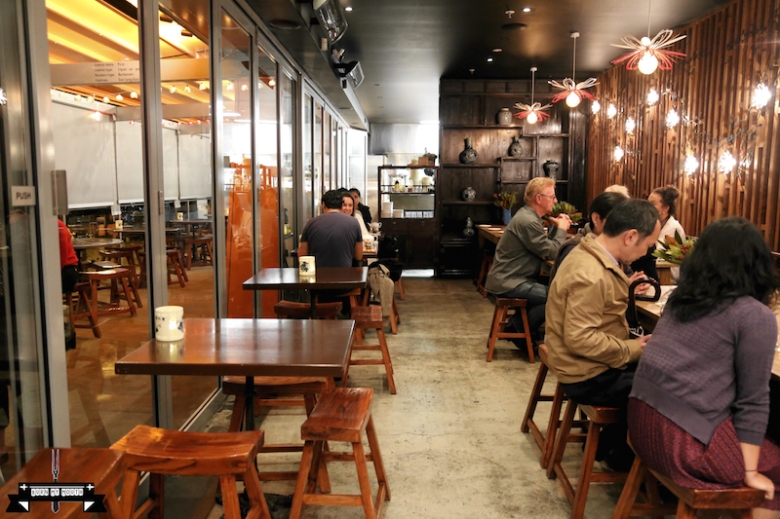 The restaurant has a nice ambience, with Chinese styled porcelain tables and wooden chairs. There is an open kitchen where kitchen staff prepares the fresh and wonderful food from their menu.

We dined there on a Sunday night and the service from the staff was very attentive.

The name Pu’er is actually a variety of fermented dark tea produced in China. To reflect the name of the restaurant, the menu, sitting on a wooden board, consists of a wide range of tea-based drinks, from traditional teas to tea infused beverages. The food menu, however, is more concentrated.

We ordered a pot of this tea, and this was served with a pot of hot water warmed by a candle, with the tea brewing in a separate flask, all served on a wooden tray. The wait staff explained how the tea ceremony worked and informed us that the best flavour from the tea would come about after the third infusion. The tea had a fresh nutty sweet flavour which became more subtle and delicate through further infusions. 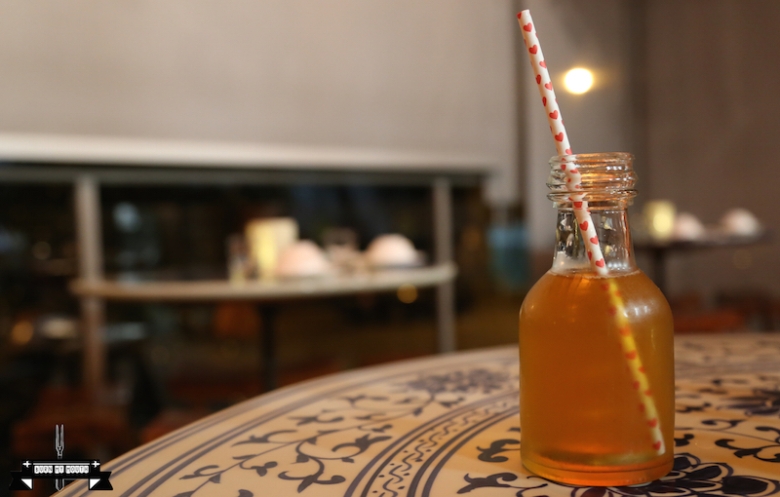 A blend of peach iced tea with phoenix tea, along with a kick of alcohol, this drink was slightly sweet with some wooden undertones, which was very refreshing. 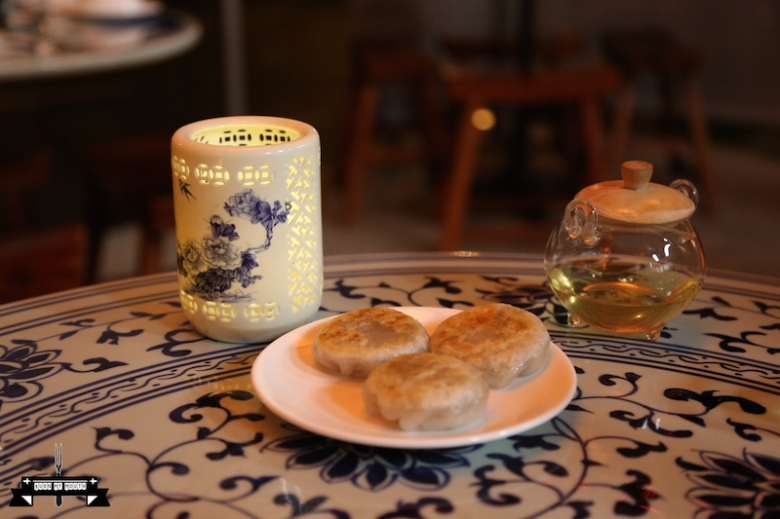 This pan-fried medley of shitake, champignon and straw mushroom dumplings had sticky skin with subtle mushroom flavours inside. The soft skin contrasted well with the crunchy fillings of mushroom and bamboo. They were lightly fried and were not oily at all. A nice entrée choice.

These dumplings were filled with Teo Chew style spiced pork, roasted crunchy peanut and shitake mushroom. The infusion of flavours and textures from these little gems were awesome – we were able to taste the spiciness from the chilli, feel the crunchiness from the nuts, and experience the softness from the skin which absorbed the saltiness from the pork. The skins on the dumplings seem thicker than traditional Chinese dumplings, but we thought this was done on purpose in order for the skin to absorb the flavours of the sauce from the filling. A very enjoyable dish.

This main dish appeared small but was really tasty. The first thing we noticed when the dish was brought out was the smell of tea in the air from the dish. The pork was soft and easy to chew, and its meat just melted in our mouths without falling apart. The crackling was crispy and light. This dish had the taste of traditional Chinese tea and spices, which went down well with a bowl of rice. The inclusion of tea eggs was a nice touch and reminded us of Chinese marbled tea eggs. We thoroughly enjoyed this dish.

This consisted of free range chicken and shitake which was slow cooked and pan fried. The sauce, which had a heavy vinegar flavour, was served on the side. This was a modern rendition of a classic Chinese dish, with the sauce on offer being more sweeter than the sauce from the traditional dish. The chicken was cooked to perfection, with the meat being soft and the skin being crispy. Jono found this dish delicious, but I thought the sauce was too sweet for my palate.

This pannacotta was served with black sesame soup and smoked melon. The watermelon which was smoked with lemongrass had a weird taste, but apart from that, the texture of the pannacotta was perfect and it went well with the black sesame. This was a nice dessert to end our meals. 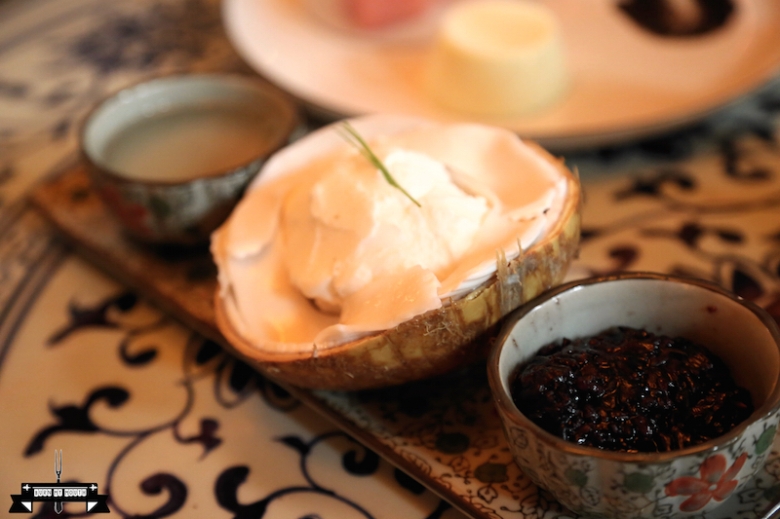 The sorbet was served in a coconut shell from a young coconut, with coconut water and black sticky rice on the side. The whole dish carried out the coconut theme well. It was subtly sweet and delicious.

Pu’er is a great place where people can enjoy great Chinese food in a setting that is comfortable and open. It is interesting to see how traditional Chinese dishes have been modernised here, and with a pot of tea and a few dishes, we can imagine people sitting here for hours chatting away and enjoying life (as well as the great food and drinks). For the novice in Chinese cuisine, Pu’er is a great place to begin your experience in the variety of flavours that Chinese cuisine has on offer.